Brothers with a German Shepherd and a Rottweiler seek obedience and protection training for their pets but claim they were scammed.

Surveillance videos expose a landlords bad behaviour; she is sued by her tenants for harassment and countersues for property damages.

After a motorist is rear-ended by another driver, he claims a third car showed up at the scene and moved things before the police arrived.

The Judge advises a defendant to stop giving her funny looks in a case involving alleged cheating, a personal loan, and a wrecked car.

To allegedly save her ex-lover from having to live in his mothers garage, a woman loans him money for an apartment; now, she wants it back.

The disastrous test drive of a 30-year-old motorcycle leaves the bikes owner demanding more than the vehicle was worth from the young woman injured on the ride.

The allegedly malicious removal of two young girls from a womans insurance policy is disputed. Ex-lovers fight over an eviction, the return of a car, and an unpaid bill.

Economic hard times in the Boise, Idaho Hispanic community come into play when a local personality is accused of taking investment money from an alleged admirer.

A woman, believing she had won $90,000 in an online lottery, asks her sister to cash a fraudulent check.

The cost of an herbal cleansing kit used to pass drug tests and payment of attorneys fees lead to a fight between ex-roommates.

A woman sues for damages when a slumber party goes awry and her 16-year-old daughter is given alcohol and a tattoo.

A woman sues her future son-in-law and the father of her grandchild after he wrecks her car.

A man says he slashed his own cars tires to stop his teenage girlfriend from stealing the vehicle; she sues for assault and damages.

After a tree-transplanting business goes under, a man moves in with his ex-wife; she sues him for rent, half the cost of their sons college tuition and for DUI court fees.

Two months turn into two years of car storage for a Good Samaritan who is sued for selling the abandoned vehicle once the co-worker returns to town.

Alleged cocaine use, stolen property and an arrest for suspected burglary come into play when ex-roommates call it quits.

A man sues the mother of his son for damage to his motorcycle allegedly caused by a man she brought home from a bar.

A woman accuses her landlord of being a slumlord after she is sued for damages to her rental home. A man is dressed down for improper attire.

A woman accuses her cousin and her husband of stealing money from a joint bank account; they countersue for moving costs and medical bills.

Two cousins fight over an arrest and disagree as to whether it stemmed from a case of racial profiling or erratic driving and music blaring.

While a woman suffered in a comatose state, her son insists that he didnt take advantage of the situation by stealing her money and car.

In 1962, 15 year-old Marlene Miller was murdered. It would take 24 years before forensic scientists discovered the microscopic evidence that brought the killer to justice.

A woman vanishes, her body discovered a month later. Witnesses say she forced into a car. The car had been rented, but the signature on the agreement didnt match their suspects.

48 Hours goes behind the scenes with investigators as they search for a mother of two who vanished just before Hurricane Harvey hit. Correspondent Maureen Maher investigates.

A flight attendant disappears and the story makes headlines. A search reveals few clues, but a graveside discovery forces police to take a second look at some familiar faces.

Dismembered bodies of two women are both found in car trunks - the first at a train station, the second in a city. Could these cases be linked, and if so, how?

Laura Garza told friends she was going on a night out at the Marquee Club. When she didnt show for work the next day a search ensued to find her as well as the men she left with. 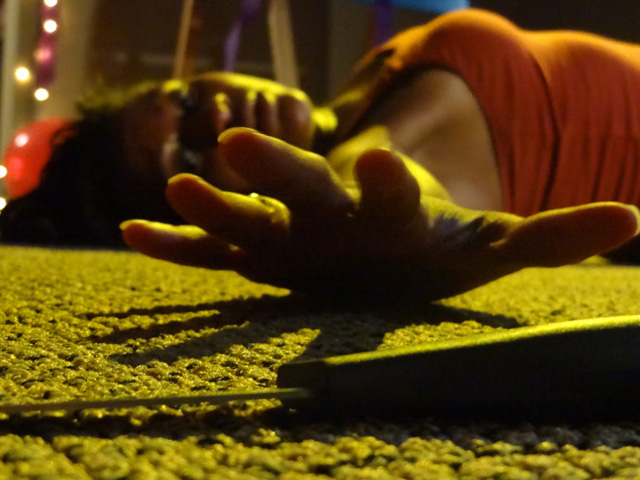 A young couple is full of jealousy and suspicion of infidelity, leading to bitter arguments, until one day she turns vicious and stabs him almost to death.

A flight attendant disappears and the story makes headlines. A search reveals few clues, but a graveside discovery forces police to take a second look at some familiar faces.

Dismembered bodies of two women are both found in car trunks - the first at a train station, the second in a city. Could these cases be linked, and if so, how?

When two boys were murdered, their mother claimed an intruder was responsible, however she was charged and sent to death row for the crimes.

After an arrest for shoplifting thousands of dollars worth of merchandise, Winona Ryder must fight to stay out of prison and rebuild her reputation

A look at the life of a real Dr Dolittle, and why did photos vanish from the shrine at a murder site?

The Rooster National Rugby League team go surfing with lifeguards, but run over Yatesy on a rescue board, breaking his ribs and puncturing his lung.

A woman wanders the beach naked, discarding both towels that Harries offers up before she walks onto the streets of Bondi.