Why do former inmates reoffend? Donal MacIntyre will investigate this question on January
By James W, Thursday 30th December 2021 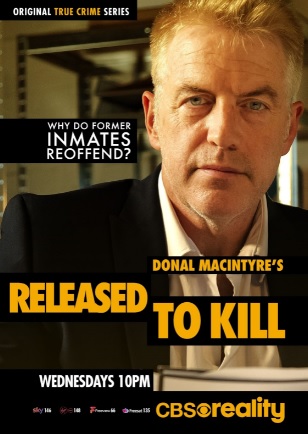 From violent offenders to cold-blooded killers, Donal MacIntyre's Released to Kill is a serie where the respected criminologist and investigative journalist takes an in depth look into these criminals and their crimes.

Each episode tells the story of one terrifying case as it unfolds, and we hear from both the victims’ and the murderers’ families, witnesses and experts. At key moment when revisiting the case, Donal and a panel of experts, including a forensic psychiatrist, a former prison officer and a retired probation officer, examine if there were any warning signs about the potential evil of this person, as they answer the ultimate question: could a life have been saved?