When "I do" can be a deadly answer! Fatal Vows continues on CBS Reality this September
By James W, Sunday 8th August 2021

Your wedding day is supposed to be the happiest day of your life – how do you get from there to the desperately sad - and terrifying - moment when one of you is staring death in the face, begging for your life?

Season 4 of Fatal Vows traces the deadly and tragic path from “I do” to “you’re dead” in thirteen stories of marriages beyond repair. The series uses personal interviews, family photos, expert commentary and dramatic reenactments to understand how the relationships so tragically deteriorate. We’ve all wanted to kill our spouses, so what leads one partner to commit that final, gruesome act?

Fatal Vows answers that question in episodes that range from the story of young couple who are torn apart when they become parents too soon only to re-unite twenty years later to one where a terrible car alters one couple’s lives leaving police to ask was it an accident or was it murder? From one couple’s tragic attempts to stay true in the midst of mounting debt and attempted suicide to another couple’s tempestuous second honeymoon, Fatal Vows shows us that… Love may be blind, and marriage bliss, but divorce is murder. 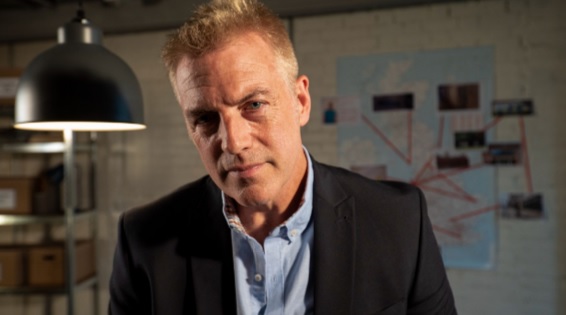 1 in 5 murders in the UK are committed by an ex-prisoner. Why did they kill and could they have been stopped?

From violent offenders to cold-blooded killers, Donal MacIntyre's Released to Kill is a chilling series reveals how these criminals, once released from prison, went on to kill innocent people - some in a matter of days.

This ten part series, presented by respected criminologist and investigative journalist Donal MacIntyre, that takes an in depth look into these criminals and their crimes.

Each episode tells the story of one terrifying case as it unfolds, and we hear from both the victims’ and the murdere...

Snapped: Killer Couples is a gripping series that features couples whose passion drove them to commit terrible criminal acts. Through re-creations and first-hand accounts, each episode delves into the stories behind the couples' romance, how their relationship evolved once love transformed into manipulation and what ultimately drove them to commit crimes.

From a teenage couple who embark on a multi-state crime spree to lesbian lovers who stop at nothing to eliminate one of their husbands; viewers are given unprecedented access into these relationships.

In episode six of season three of Homicide's Elite, Vince and Quinn are contacted about a cold case murder from 1988, when Leonard Hill was found shot to death and left on the side of the road in Mechanicsville.

Twenty-eight years after the murder, his son, Antonio Taylor, wants his dad’s killer brought to justice and has requested the case be reopened. After days digging into the case file and getting nowhere, Quinn and Vince are at a dead end... until Antonio reveals he may know more than he had previously let on. He tells Q...

Each standalone episode delves into a captivating, multi-layered story of injustice, from wrongful accusations to botched investigations to unjust sentences and more.

Murder by the Sea: Season 6 starts this September on CBS Reality
Posted on Sunday 29th August 2021

In this new series of Murder by the Sea, viewers will join Nell on a journey to the cliﬀ's edge, where the land meets the sea, and where life mee...